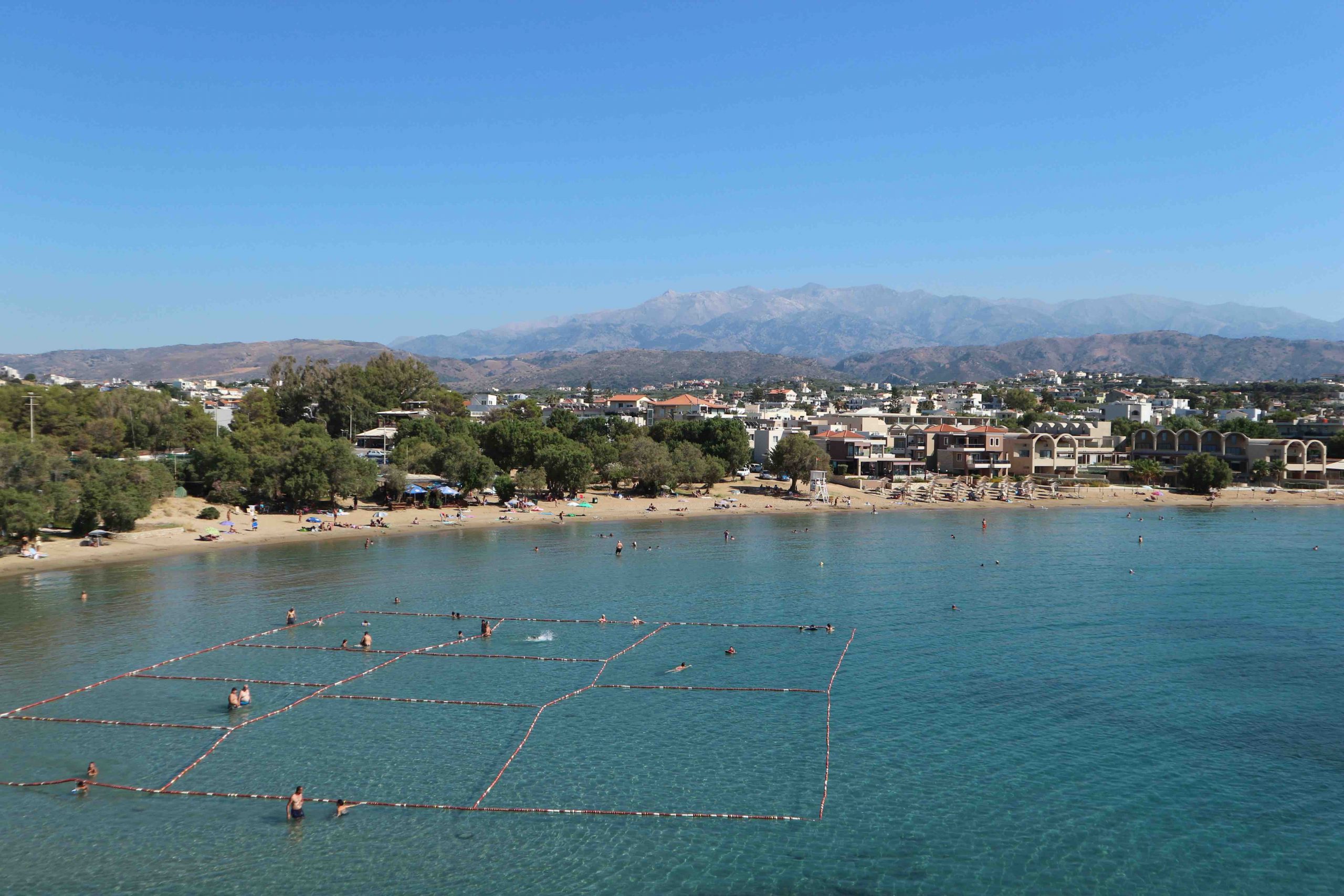 The beach of Agioi Apostoli in Chania region, Crete is a great option for those who would like to discover a new beach but don’t want to drive too far. Agioi Apostoli is located between Platanias and Chania and can be reached either by the public bus or by car.

Agioi Apostoli area consists of three different beaches, divided by two small peninsulas: one long strip of a pleasant sandy beach and two naturally formed bays. As the beaches face the sea in different directions, on a windy day you can almost be certain to find a calm spot with no waves. Thanks to this, and the clean shallow waters, Agioi Apostoli beach is ideal for families with young children.

Agioi Apostoli is an organised beach with showers, sunbeds, sports facilities and cafeterias that offer drinks and light snacks.

However, the beach is not the only reason Agioi Apostoli area is so famous amongst the locals and tourists alike. The pine-tree park right next to the seaside provides an excellent atmosphere for strolling or jogging. Apart from this, you can discover the peninsulas with their wonderful views, the church of Agioi Apostoli and walking trails.

TIP: Explore Agioi Apostoli on a weekday, as weekend get very crowded with the locals, and do not miss the beautiful sunset! 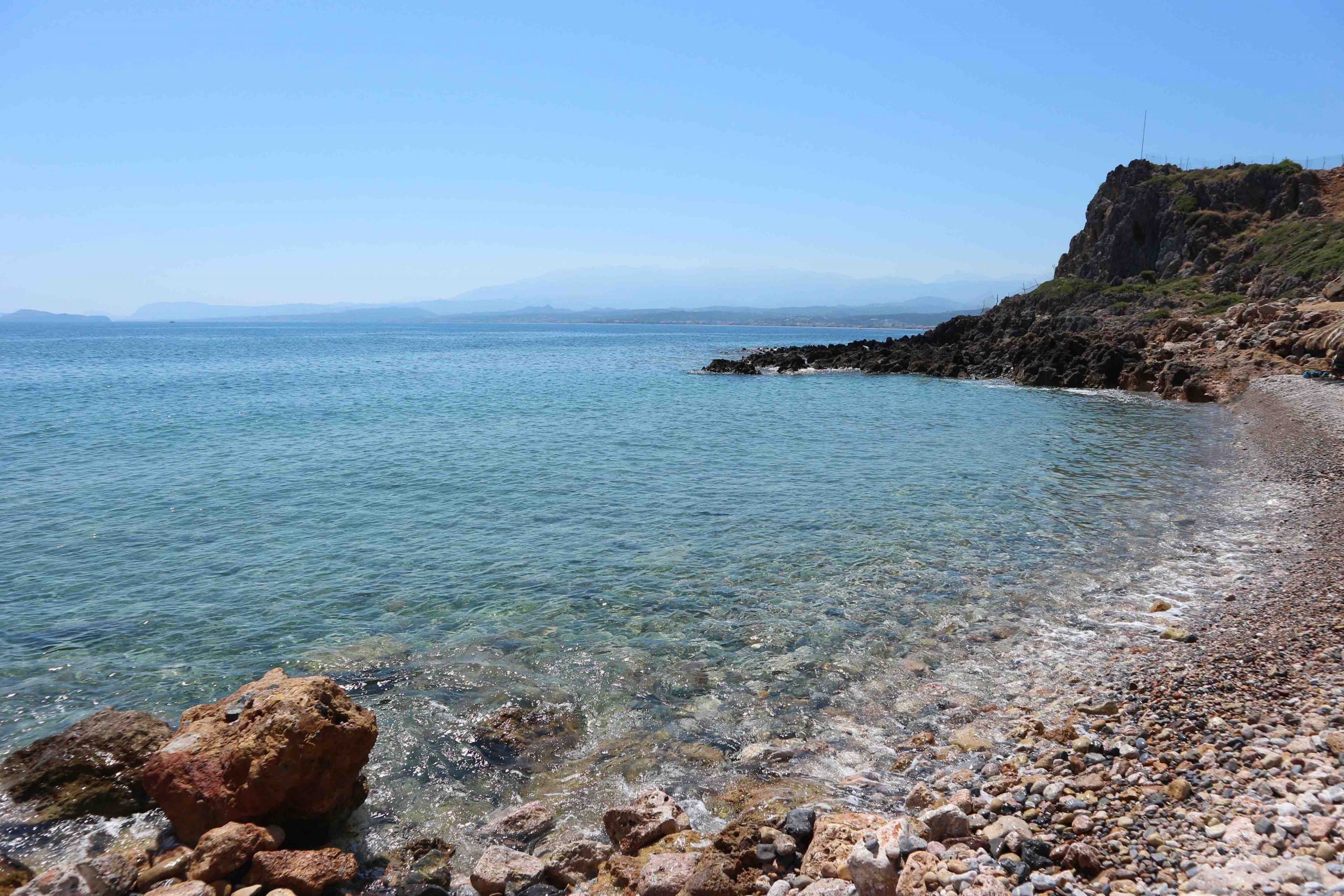